I just listed a few new things in the shop! I'm happy to be getting to work on some different items that I've never tried before. New today are two framed button collections, and two embroidery hoop collages. Click the pics to check out the listings! 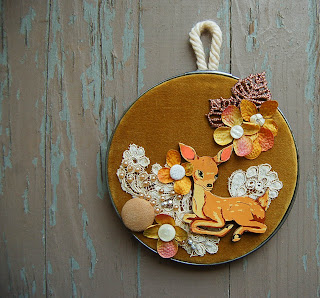 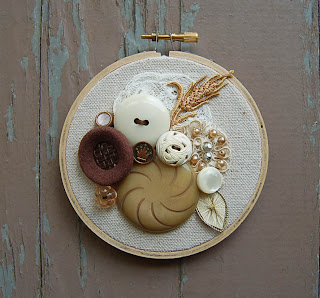 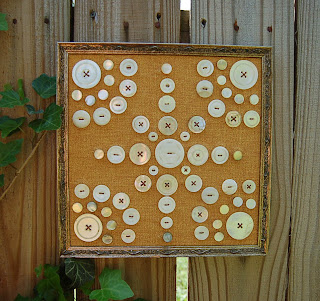 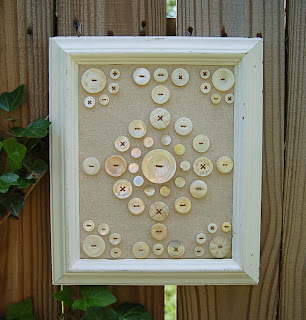 Peach Parlor on the Road

This weekend I set up a booth at a small, local craft and antique fair called the Grapevine Country Market, with the help of one of my favorite ladies. The weather magically cooperated so I got to spend two days out mingling with people, peddling my wares., and getting one hell of a sunburn. It was the first year this show was put on, and I can't say that a lot of people came, and I can't say that I made much money, but every great show has to start somewhere, right? Even though the traffic was slow, at least I got more practice at my booth set up, which is looking better than ever. Bradley made me an adorable new sign out of wood that is shaped like a cute little ribbon. Love how it turned out!
Overall it was a very relaxed country atmosphere, with a little bluegrass music, a 200 year old guy making amazing rings from old silver spoons, and a deep fried Oreo truck conveniently parked right behind us. 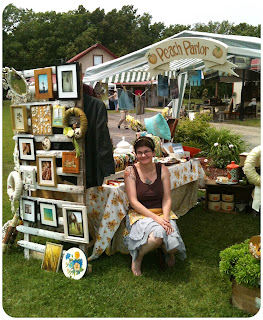 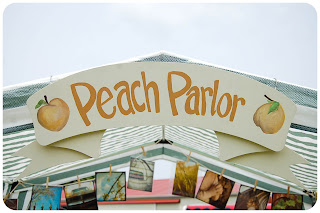 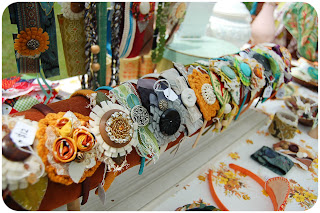 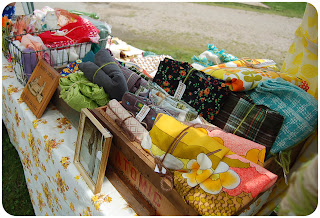 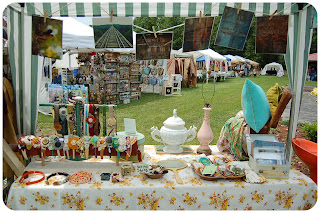 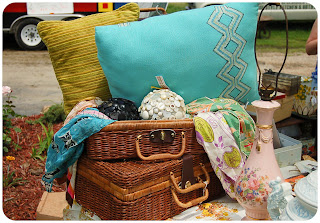 It's been over month now, since I've stopped "working" in the conventional sense, and lets just say it's been interesting. I really thought that I would start killing it from day one, working non-stop to prove that I could do it.. but instead, I woke up on the first day like a deer caught in headlights, not knowing what to do next. I thought that the drive to succeed would be enough to keep me in check with this new found freedom to spend every day doing whatever I want, but it was harder than I expected to motivate myself. I will admit that I spent way too many hours bird watching (my new hobby that, unfortunately, kills productivity) and playing Words with Friends those first few weeks. Someone obviously needs to revisit her notes to self!

I feel like I'm back on track now. I'm setting up a craft booth at the Grapevine Country Market this weekend, which has definitely got my ass moving. Maybe I should pretend there is a craft show every weekend to prepare for!

After my job ended, we had a shirt burning BBQ party, which I must include these photos from. YES it was necessary for me to crucify my old shirt and light it on fire. Seeing these pictures is one hell of a motivator to keep working hard. With that said, it's time to hit the parlor and get to work because I don't want any more uniforms in my future. 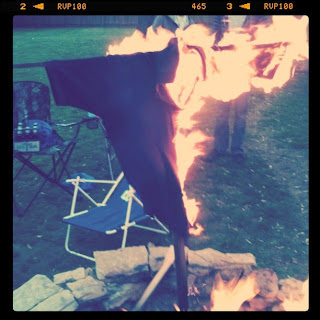 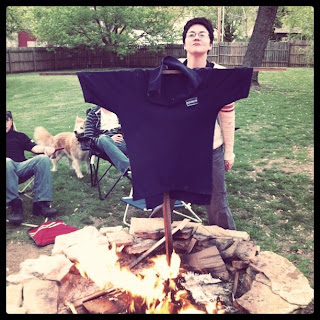 Dear Monday,
You were mostly pretty shitty, except for the part where I got to mail out lots of packages to all of my awesome customers (thanks to a feature in the Etsy Finds email, that led to a button frenzy!) Besides that, I could have done without you. Now I will stop complaining and give you two cute little mugs that I made into pin cushions a while back. 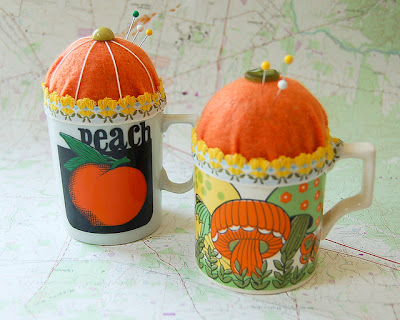 How was your Monday?
2 comments

Mug Monday is Back!

I've missed many Monday's since I started doing this feature when my blog was still a fresh little baby, but I have many more mugs in my collection that need shared! This week is an awesome 25 cent yardsale score, a Dunder Mifflin mug, complete with floating Michael Scott head. What more could you ask for? 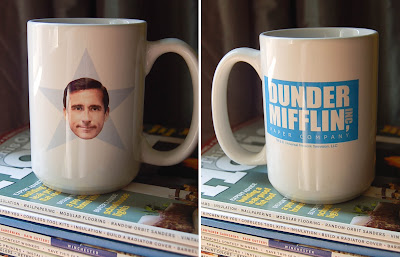 Click here to see the past mug Monday features! Here's to sticking with it.
3 comments

A Lesson on Cathrineholm

While digging through our local flea market one day, among the piles of junk I spotted a bright white flower pattern on a large dish. It was bold and so striking, and defintely stood out to me right away. There were two of these large, enameled platters and they were marked Cathrineholm on the bottom. I assumed that they were designed by a person named Cathrine Holm. I snatched up both platters for almost nothing and came home to do some research. I learned quickly that Cathrineholm was the name of the factory in Norway that started manufactured these items in 1954, and that they were designed by Grete Prytz Kittelsen. After more reading, I learned that she designed solid color pieces, and the factory added the, now iconic, "lotus" design without her approval. Personally, I think it was a pretty good move!

If you're a mid-century design fan, you'll probably love the Etsy shop Yumalum, from the UK. Coming from a person with limited kitchen space, I love the idea of filling up your home with dishes on the walls, instead of taking up precious counter space. 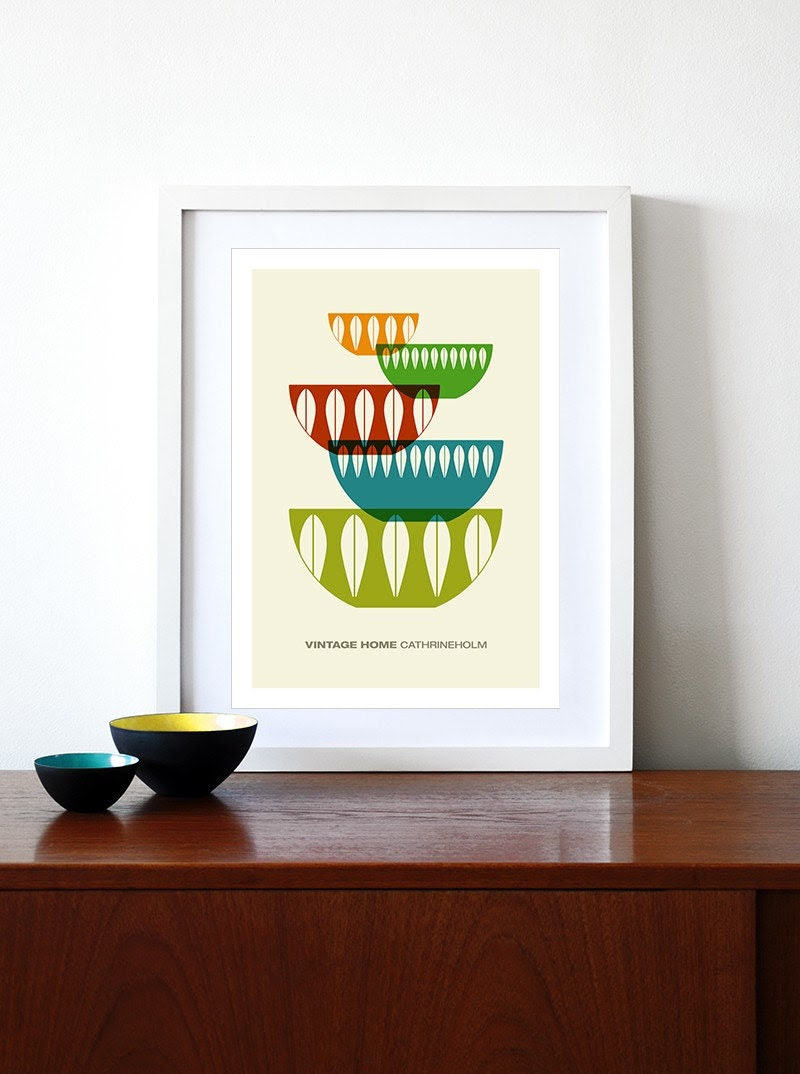 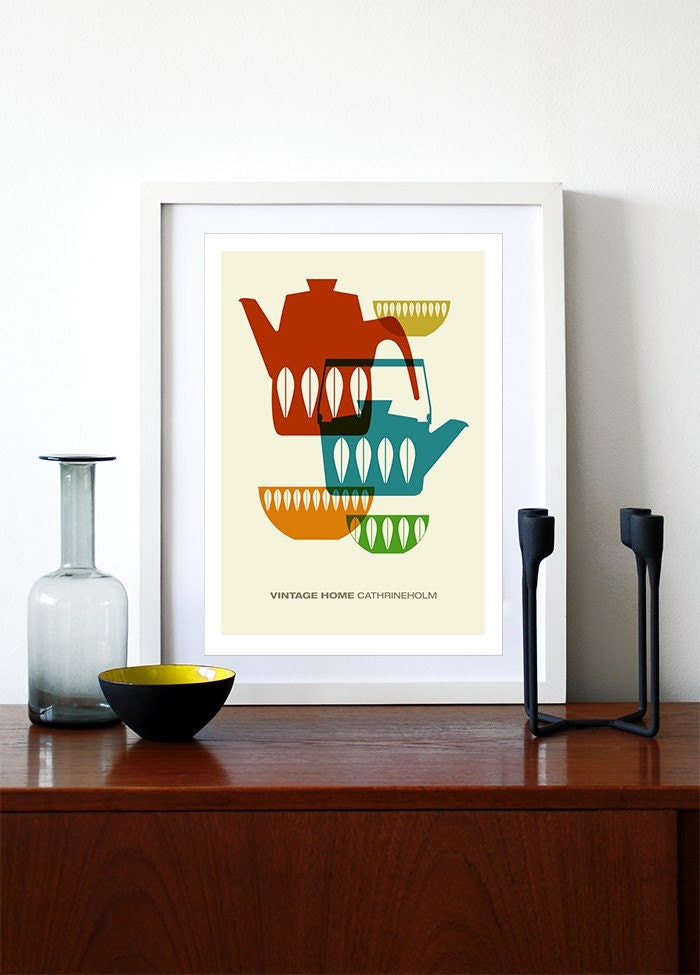 There are so many gorgeous Catherineholm pieces to admire. Visit the Flickr group to drool over a whole gallery. I'll leave you with a few of my favorites from the flickr pool! 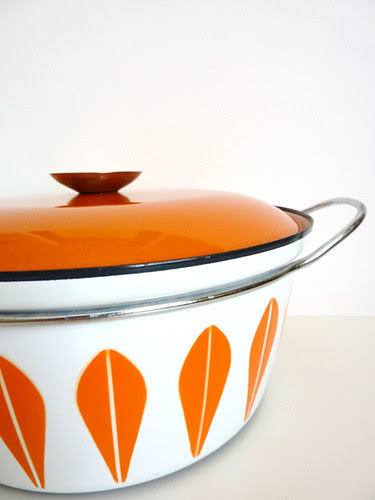 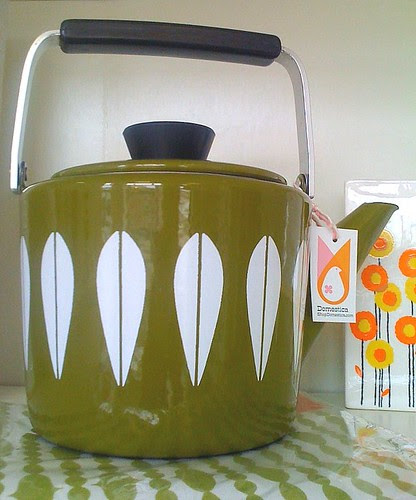 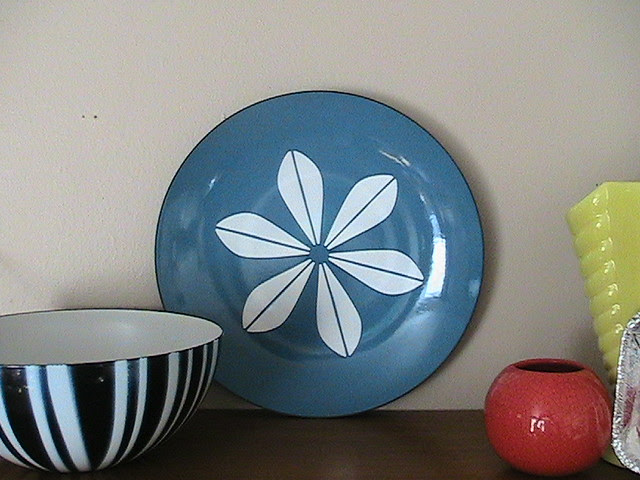 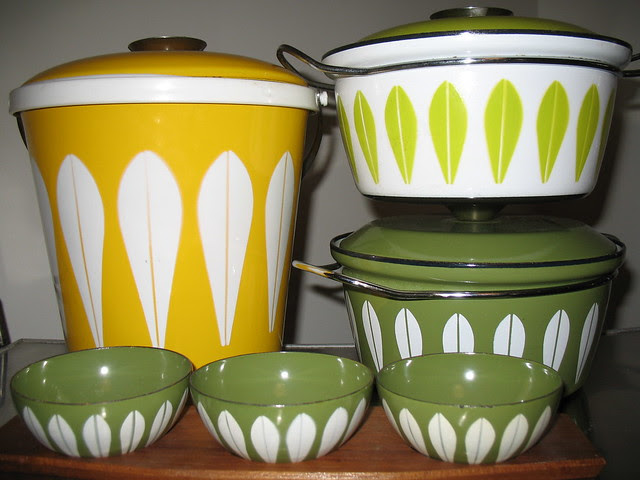 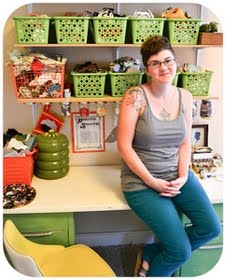 Jody McDowell
I'm Jody, the hands and heart behind Peach Parlor. I run two etsy shops, one for vintage finds, and the other for old buttons and craft supplies. I'm also a maker of one of a kind accessories that I sell locally, and I have an antique booth set up to pass my treasures on to others.